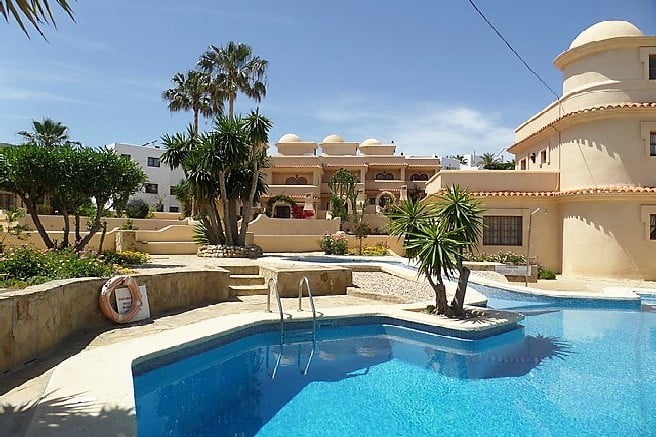 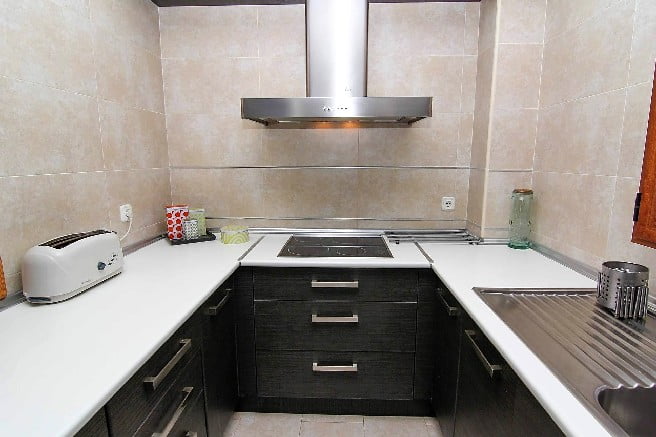 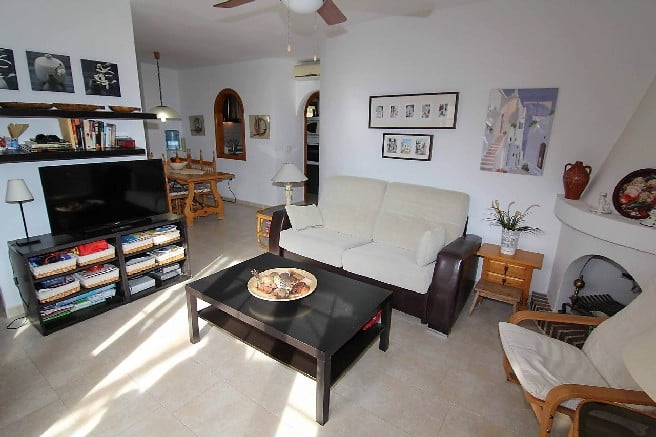 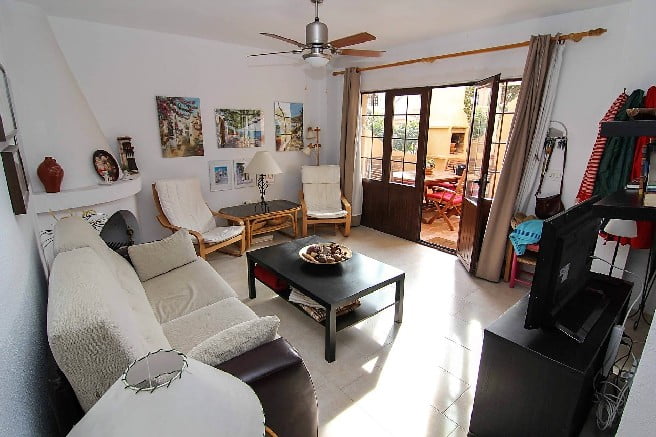 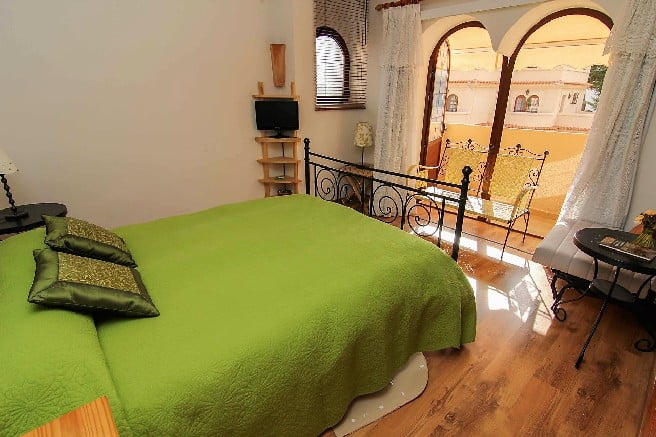 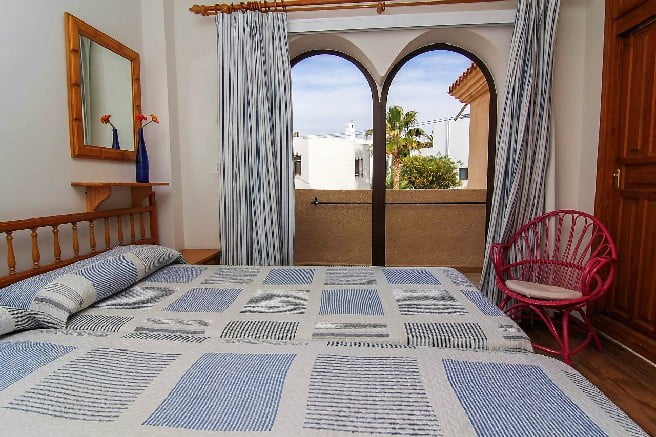 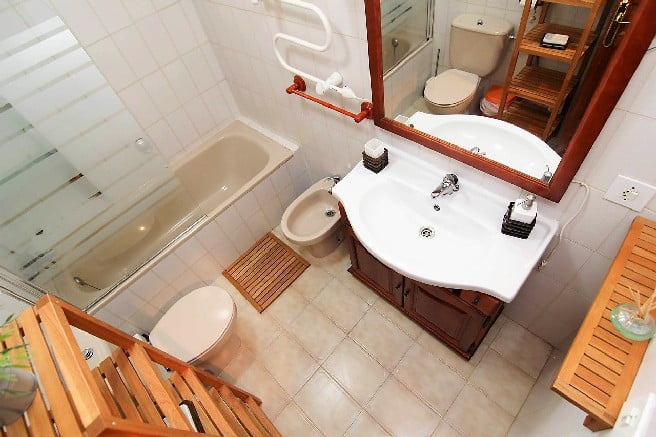 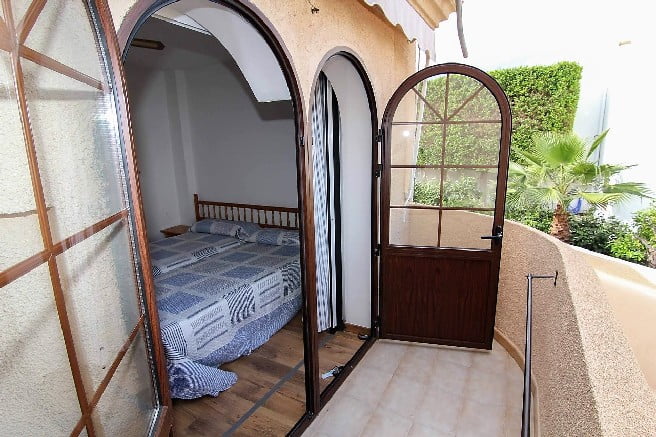 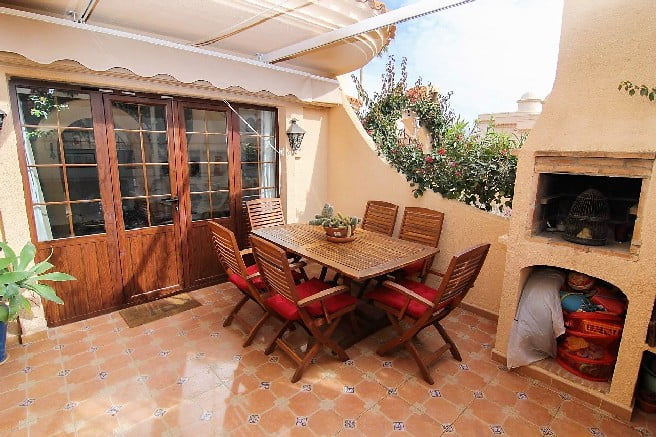 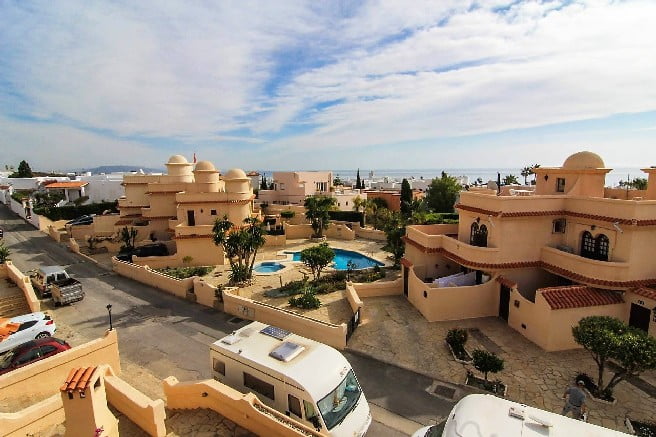 A 2 bedroom / 1.1/2 bathroom Moorish style Townhouse on the sought after area of Vista Los Angeles, Mojacar Playa within walking distance to the commercial center, the beach and all amenities and services on the beach front.

The property has a total built area of 89 mts² built on two levels. The ground level has a front terrace with built in BBQ, L shape living / dining room with a decorative chimney, separate kitchen, cloakroom and patio. The upper level is comprised of hallway, 2 double bedrooms both with terraces and family bathroom. It also benefits from a large roof terrace with 78 mts² offering 360° views.

Mojacar is a coastal resort in the Spanish province of Almeria, Andalucia and offers locals and visits a verity of amenities and holiday options you would expect to find in bigger, more modern holiday destination. Mojacar Playa has good nightlife, restaurants, beach bars, boutiques, shops and various beaches to enjoy the Spanish sun. There are also four golf courses within a 20-minute drive. Mojacar is best known locally for its Moors & Christians fiestas which are amazing! 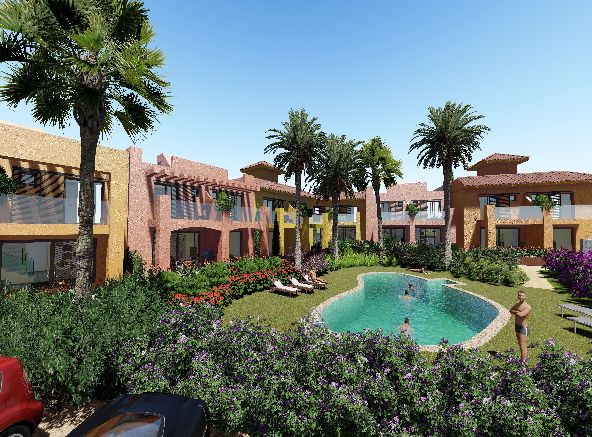 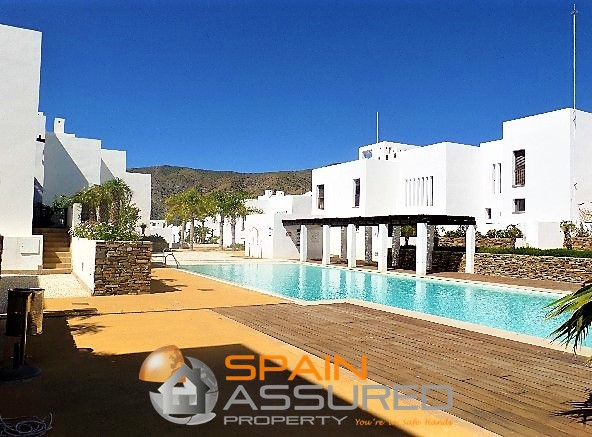 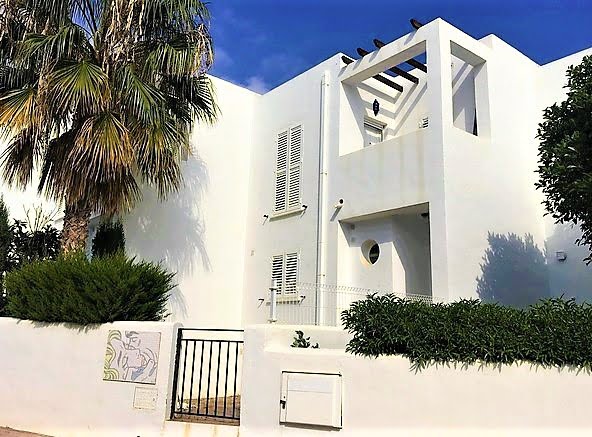